So I heard Prins Thomas has a new album coming out on March 15 on Full Pupp, so I dug up this CD and put it back into my rotation (i didn’t choose the great Cosmo Galactic Prism since I’ve listened to that one a billiontrillion times) and I was reminded of why Prins Thomas is referred to as the Norwegian “cosmic hero.” He puts out awesome music/mixes/remixes, runs the Full Pupp label, and is a killer DJ. Dudes got impeccable taste and his mixes are proof of that. This is live DJset that he did in Germany in 2009…Here’s some words by Resident Advisor:
On this live mix Prins Thomas re-earns his reputation as one of trippy disco’s mighty overlords. Recorded live at the intimate Robert Johnson club in Frankfurt, it’s much less overtly weird and wonky than Thomas’ two-disc Cosmo Galactic Prism, but still retains the stylish inventiveness that has made the man into a de facto statesman for disco’s recent rehabilitation. The Robert Johnson club becomes a travel simulator, the mix becomes a black-box tape of the flight of the disco navigator.

Enjoy, and here’s a video of the Closer Musik track with visuals from “2001: A Space Odyssey”… 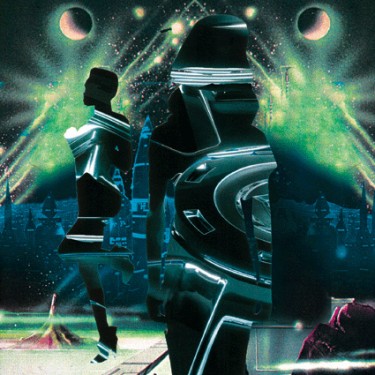 For the past few years, new and old Cosmic-Balearic-Space Disco has been making a much deserved come up with artists like Lindstrom & Prins Thomas, and labels like Full Pupp, Bear Funk & Dirty Sound System to name a few. This particular compilation was put out by Dirty Sound System (Paris-based dance music hard liners), and contains a “healthy check-up” of this Cosmic Sound. Here’s an excerpt from the album notes:

1979: Disco used to be the epicenter of the most amazing New York nights which was quickly dying away, suffering from racist and homophobic flacks (like the well-known “Disco Sucks” campaign), and also from its commercial retraining. So, Europe grabbed the genre. Yes, Old Europe, and Italy in particular. And in the Eighties, Italy distinguished itself with Italo Disco, a prolific and quite slick genre that would later have a big influence on early Detroit techno producers. But the most emblematic post-disco sound emerged from someplace off the beaten track. That sound is Cosmic Disco, a style invented by a single pioneer DJ, Daniele Baldelli. History tells us that Baldelli began to play records when he was 16, in 1969, a time when DJ’s were not rockstars, a time when it was a disreputable profession…..later down the road in the early 80’s came a new development. Baldelli, as an experienced player, started to experiment and attempt the most unbelievable and daring mixes. The Cosmic style was born: a blend of percussion solos, samples from classic Operas, progressive German Rock, Disco classics, slow Dub pieces, New Wave hits played at 33 instead of 45, and early electronic works. Psychedelic, slow and majestic, futuristic and baroque, varying between 90 and 105 BPM when the usual tempo for dance music is 120, filled with special effects, reverbs and flangers, the fame of this Cosmic Sound soon spread…

Error: Twitter did not respond. Please wait a few minutes and refresh this page.