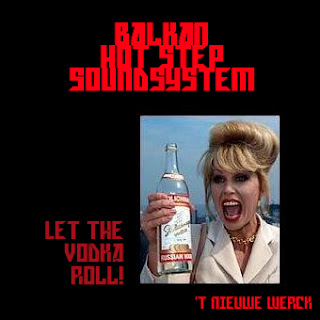 Everything is to be discovered, everything to be obliterated

“This record is really the least hip-hop out of anything I’ve ever been involved with.” That quote from Yoni Wolf about the follow-up to Why?’s Alopecia gave some fans of the art-rap act reason to pause. Such uneasiness is unwarranted though. Alopecia was also more rock-oriented and was the Anticon. crew’s best. During the Alopecia sessions, Wolf and Co. recorded more songs, ten of which compromise Eskimo Snow. Though both albums were recorded during the February 2007 Minneapolis sessions, the Eskimo tracks avoid the segmented recording of Alopecia, for a more “resigned” and “open” sound. Wolf also noted that Eskimo Snow is a “bit more wild, and the drums have more room mics.”-~ Kyle Lemmon/Prefixmag

Cake & Eat It Too

This week Fools Paradise bring you an eclectic blend of fuzzy lofi pop, dance, shit gaze and a dose of At The Drive In. You’re in for a treat this week with this compilation of dopeness. You are able to hear us this time, so there was no need for overdubs. We had a good show this week. download it! Do it.

Oakland residents vote to approve a tax on medical marijauna

Preliminary election results showed the measure passing with 80 percent of the vote, according to the Alameda County Registrar of Voters.

The dispensary tax was one of four measures in a vote-by-mail special election aimed at raising money for the cash-strapped city. All four measures won, but Measure F had the highest level of support.

Scheduled to take effect on New Year’s Day, the measure created a special business tax rate for the pot clubs, which now pay the same $1.20 for every $1,000 in gross sales applied to all retail businesses. The new rate will be $18.

Oakland’s auditor estimates that based on annual sales of $17.5 million for the four clubs, it will generate an estimated $294,000 for city coffers in its first year.

Pot club owners, who openly sell pot over the counter under the 1996 state ballot measure that legalized medical marijuana use in California, proposed Measure F as a way to further legitimize their establishments.

The measure had no formal opposition; in November 2004, a ballot initiative that required Oakland police to make arresting adults using marijuana for personal use their lowest priority passed with 63 percent of the vote.

Support for Measure F was expected to be just as strong. As a result and given the mail-in nature of the election, there was little campaign activity, according to Lee.

“We put out signs, but outside of that it’s been pretty low-key,” said Lee, who hosted a victory party at Oaksterdam University’s Student Union building in downtown Oakland.

Although California’s 800 or so pot clubs also are expected to pay state sales tax, Oakland is the first city in the country to create a special tax on marijuana sales.

Advocates of legalizing pot for recreational use hope to use Oakland’s experience with Measure F to persuade California voters next year to approve a measure that would legalize and regulate marijuana like alcohol.

Error: Twitter did not respond. Please wait a few minutes and refresh this page.